Comics Script for Frank Yerby’s “The Foxes of Harrow”

Last spring, I created my first comic alongside my students. When I created my comic on Lillian Smith, I thought about the script and the layout; however, I did not sit down and type out the script. Instead, I worked within the Comic Book! app to layout the pages and insert the text. I knew what I wanted it to look like as I went along, and I was using pictures for the panels. This led me to start thinking about writing out a script for a comic. I’ve done a couple now, and today I want to share a five page script I wrote for the opening of Frank Yerby’s The Foxes of Harrow, a novel that I think would do well as as a graphic novel. These pages focus on the prologue to the novel, a section I have written about before. There are no illustrations here yet, but hopefully one day that will change. Enjoy! 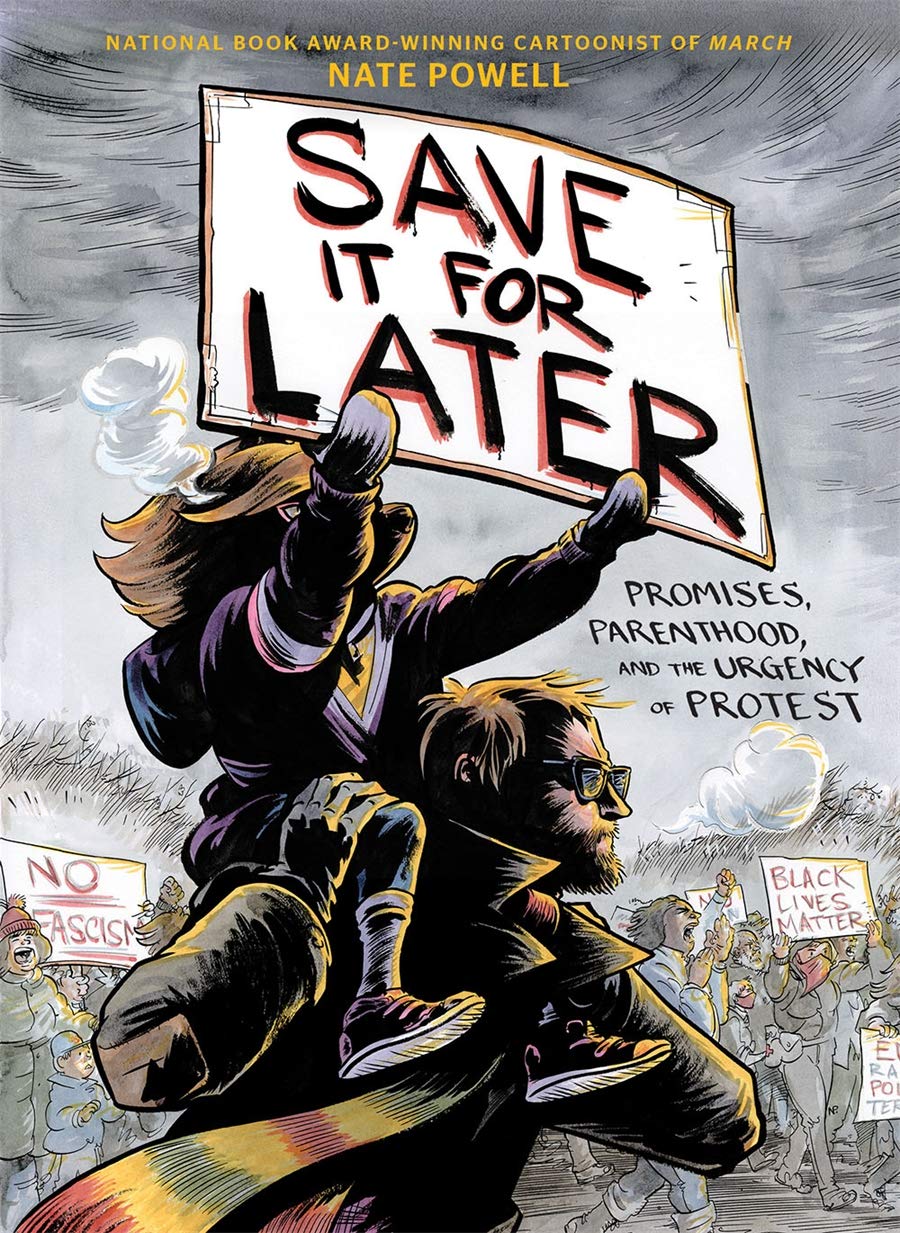 May 5, 2021 + comics, graphic memoir, graphic novels, harper lee, nate powell, save it for later, to kill a mockingbird

Severed History in Nate Powell’s “Save It For Later”: Part V

Speaking with Sean Clancy, Nate Powell talked about the ways he views his own activism. He says, “I’m like the vast majority of people. I show up and I use the time and energy from other parts of my life to make up for the fact that I’m less involved on a direct action level. A lot of that means putting my concerns and my heart and soul into the books I make.” In many ways, this is how I view my own work and activism. While I came of age listening to punk rock and being “rebellious,” whatever the hell that means in my case, I didn’t actively participate in protests or activism growing up. In fact, I was blind to the myriad of things that I should have protested and fought against. This is why I identify so much with “Wingnut,” the final piece in Powell’s Save It For Later.

May 3, 2021 + a testament of hope, angela davis, civil rights, i have a dream, martin luther king, jr, nate powell, save it for later

Severed History in Nate Powell’s “Save It For Later”: Part IV

“Rosa Parks, Martin Luther King, I Have a Dream.” This is the nine-word problem that informs much of our understanding of the Civil Rights Movement. It begins with Rosa Parks in Montgomery in 1955, carries through King during the bus boycotts and into 1963 where he delivered his famous “I Have a Dream Speech” on the steps of the Lincoln Memorial during the March on Washington for Jobs and Freedom. The dangerous nature of this problem, as Nate Powell points out in Save It For Later, is that it draws a neat circle around the movement and neat line forward to the present. In “Wingnut,” Powell explores the “deeply ingrained assumptions” that we carry within us about our nation’s history and its impact on our present. These assumptions, which we learned from an early age, plant themselves within us and grow, oftentimes without us questioning them. However, we need to question, and we need to know that a lot of these assumptions are based on myths that we tell ourselves to make ourselves feel better.

Severed History in Nate Powell’s “Save It For Later”: Part III

The Falcon and The Winter Soldier six-part series is bookended by Sam visiting the Captain America exhibit commemorating Steve Rogers’ service during World War II and his continued adventures. In the first episode, Sam Wilson walks through the exhibit, remembering Steve and their friendship. As the series progresses, we get introduced to Isaiah Bradley, a Black man who, along with other Black soldiers, took the super soldier serum before Rogers; however, their stories never get told. In the last episode, Sam takes Isaiah to the exhibit and shows him the a statue commemorating his service. Sam tells Isaiah, “Now they’ll never forget what you did for this country.”

In last Thursday’s post, I started looking at “Good Trouble, Bad Flags” in Nate Powell’s Save It For Later: Promises, Parenthood, and the Urgency of Protest. Specifically, I looked at the ways that Powell discusses the severing of history and the erasure of history that occurs throughout our collective consciousness. Today, I want to continue that discussion by looking at a few more moments in “Good Trouble, Bad Flags,” notably his discussions of our memories surrounding World War II and the Nazis and his recollections of driving past a Ku Klux Klan rally in Anniston, Alabama, back in 1983.