A little over seven months ago, I received word that I had been accepted as a Fulbright scholar a the University of Bergen in Norway. Today, that journey begins. As such, I want to take a moment to write about some of the things I look forward to experiencing while in Norway. This list is far from exhaustive. If you have any suggestions, please feel free to let me know in the comments below.

Food brings people together. Almost immediately after I applied for the Fulbright last summer, I began looking up things about food in Norway. When I tell people I am going to Norway for a year, they inevitably say, “I hope you like fish.” While fish is prominent, there are also other foods that Norwegians eat. For one, Norwegians eat a large amount of hot dogs. Notably, they have reindeer hot dogs, and I am excited to try one. They eat reindeer and elk steak as well, with potatoes. Along with the red meat, Norwegians also eat a lot of fish and seafood. In fact, there is a large fish market in Bergen. I am excited to visit the local fish markets to get some fresh salmon, mackerel, shrimp, octopus, and other seafood. 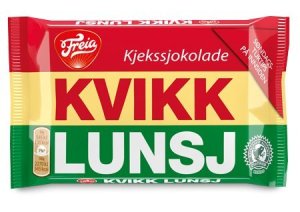 While I am excited to try bread and spreads for lunch, partake of some coffee and chocolate, try a Kvikk Lunsj, and find other Norwegian dishes, I am most interested in eating crawfish will there. In Scandinavia, August is when people have crawfish parties. It’s a final celebration before the onset of winter. Being from Louisiana, and living in South Louisiana for seven years, crawfish are part of my diet from about December or January through June. Learning that Norwegians also eat crawfish and have parties, that look similar to ones in Louisiana, make me want to experience a Norwegian crawfish party.

Jeg heter Matthew Teutsch. En koppe koffe. Jeg snakker litte norsk. Takk. Right now, I do not know much Norwegian. We downloaded the Babbel app and have been using it, but it has been difficult to learn in the midst of all of the other preparations. Norwegians speak English, and I will be teaching in English. However, this does not mean that I do not want to learn Norwegian and immerse myself in the culture of Norway. My wife is planning to take a course at the university to learn Norwegian, and my kids are going to attend school in Norway. Instruction is provided in Norwegian. I am looking forward to being able to learn Norwegian throughout the year, both from my family and from my interactions in the community.

I am hoping that the contacts we have already made in Norway will help with this process. My wife found a Facebook group for American expats in Norway. While we are not expats, this group has provided us with the opportunity to connect with individuals who, like us, have moved from the US to Norway. I am hoping that the connections we have made will help smooth the transition and also help us to learn the language a little faster.

This, of course, could be a huge list of places and things I would like to see. I have found countless places I hope to visit and see during my time in Norway. In Bergen, I want to see the Bryggen, the warehouses on the harbor that served as the center point of the Hanseatic trade in the country for 400 years. I also look forward to visiting the Bergen Kunstmusem, a museum with paintings by Edvard Munch, Pablo Picasso, Juan Miró, Paul Klee, and others. Troldhaugen is another site in the Bergen area that I want to visit. This was the home of composer Edvard Grieg. You will probably recognize Morgenstemning i ørkenen from his Peer Gyny, Op 23. or from countless films and television shows such as the one below.

In the rest of the country, I want to visit the Munch-musett in Oslo, especially after watching and episode about Munch in the British series Raiders of the Lost Art and after reading  Steffen Kverneland’s graphic novel Munch. I look forward to visiting the Nobel Peace Prize Center in Oslo as well. There are more sites in Oslo that I want to see, but these are two of the main ones. Elsewhere, I want to see the architecture of the Stave churches that dot Norway’s landscape, and I hope to make it to Trondheim, in the North of Norway, to see Nidaros Cathedral, the northernmost medieval cathedral in the world.

Norway is an extremely picturesque country. As such, I feel that “nature” deserves its own section in this discussion. There are countless places I want to go while in Norway. I want to try and make it north of the Arctic Circle, say Tromso, to see the Northern Lights. I do not know if this will be a possibility, but I hope it is. My daughter wants to go sledding with he huskies, so maybe we can make that happen. (You can see the Northern Lights in Bergen sometimes.) I know that we will be hiking a lot while in Norway, and I am sure, in a couple of days, we will trek to the top of Mount Fløyen and explore the landscape from there.

Just south of Bergen is Stavanger. There, we plan to hike up to Preikestolen (the Pulpit Rock), a rock that overlooks Lysefjord. Just north of Bergen is Sognefjord, the longest fjord in Norway. Hopefully, we will have the opportunity to take a ferry ride along the fjord and take in the scenery, waterfalls, and villages along the way. One way to see the vast natural beauty of Norway is by taking the Norway in a Nutshell tour that includes a train ride from Oslo to Flåm then a ferry ride to Bergen. I imagine there will be other scenic places that we want to visit, but these are at the top of the list.

One of the biggest things I am looking forward to about this year is the experience that my children will get from being in Norway for the entire school year. They are still young enough where I think they will learn Norwegian pretty easily, and I know that this will be a great asset to them not just while in Norway but when they return as well. I am excited to provide them with an opportunity my wife and I never had as children, the opportunity to live outside of the United States and to learn about a new culture. I am excited to provide them with the opportunity to explore history in a tangible way, not just through pictures in a textbook. They will have the chance to visit places in Europe that they will read about during their education. I hope we will be able to take them to Auschwitz, Rome, Prague, and other places. I am thankful that I have the chance to do this for them.

Along with my children, I am excited to see the work my wife will produce during this adventure. She has already started a blog, Notes from Norway, where she will  post more of the day-to-day experiences of our time in Norway. You can also follow her on Twitter @norwaynotes. She has also started writing a column for a local magazine about our adventure. She has other plans as well, but you will stay tuned to see what those will be.

What suggestions do you have about places we should see or things we should do while in Norway? As usual, let me know in the comments below, and make sure to follow me on Twitter at @silaslapham.

2 Comments on “Off to Norway!”