When reading Frank Yerby’s work, I keep asking one question over and over again: “Why isn’t anyone teaching these texts?” I know that some scholars teach Yerby; however, compared to other authors, his appearance in the classroom is minuscule. I had heard the name, in passing, during my graduate work; however, I never saw him in any anthologies or read any of his books in any classes. I only found out about his voluminous production after I started purchasing copies of his books at local library book sales and used book stores. in 2011, Paine College, Frank Yerby’s alma mater, started a program where they had students read Yerby’s work, look at archival material, interview people who knew him, and present their work at a Yerby symposium. This serves as a start of what will hopefully be a Yerby revival. Today, I want to present a syllabus I have been thinking about that would focus on the life and work of Frank Garvin Yerby. 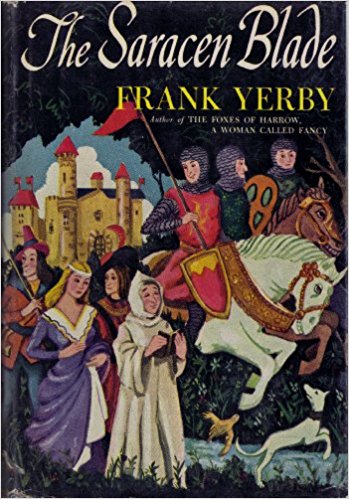 Frank Yerby, throughout his career, published thirty-three novels, countless short stories, and poems. His debut novel, The Foxes of Harrow (1946), sold over 500,000 copies in its first two months of release, and a year later 20th Century Fox adapted the book for the big screen. Starring Rex Harrison and Maureen O’Hara, the film adaptation garnered praise and even an Academy Award nomination for Best Art Direction. Some critics such as Arna Bontemps and Langston Hughes saw Yerby’s success as a positive; however, they wanted Yerby, in future works, to focus on African American characters. Yerby would not have a novel with an African AMerican protagonist until Speak Now (1969), his twenty-third novel.

Before Speak Now, Yerby wrote what he termed “costume novels” alongside historical romances with the contemporary novel (The Old Gods Laugh [1964]) peppered throughout. These novels focused on white protagonists, and African American characters existed on the periphery. This caused critics such as Robert Bone to dismiss Yerby’s work. In The Negro Novel in America (1958), Bone called Yerby the “prince of the pulpsters.” Bernard Bell, in The Afro-American Novel and Its Traditions (1987), echoed Bone’s sentiment by stating that Yerby is “a highly talented and popular creator of historical romances with white heroes that are primarily designed for pure entertainment.” Yerby would not, necessarily, completely deny this. In interviews, he stated that he wrote “with the middle class housewife mentality in mind.”

All critics did not overtly dismiss Yerby and his work. Darwin Turner, for example, proclaimed that Yerby “has debunked historical myths relentlessly” in his work. Turner’s comments appeared in 1967, two years before Speak Now and four before Yerby’s seminal novel The Dahomean. Recently, other scholars have started to reexamine  Yerby and his work. Gene Andrew Jarrett, Stephanie Brown, John C. Charles, Veronica Watson, and more have started to look not just at Yerby’s The Foxes of Harrow but at his entire oeuvre.

This course will look at some of Yerby’s work and explore his critical reception, the ways he debunks historical myths, and his place within the literary canon. We must consider Yerby within the context which he wrote and in relation to the authors he knew such as Richard Wright and Arna Bontemps. We must also think about him as an author who wrote for over four decades, thus corresponding, in some ways, to authors such as James Baldwin, Ernest Gaines, Alice Walker, and more. Finally, we will think about how Yerby serves as precursor to more contemporary authors such as Percival Everett, Paul Beatty, and Colson Whitehead.

We will not use a chronological organization for this course. Rather, we will begin with Speak Now and move around. Critics see Speak Now as a turning point in Yerby’s career as he moved towards more overt political commentary in his work. By looking at Speak Now first,  Yerby’s subversive aspects will become more apparent as we move backwards from 1969 to look at Yerby’s earlier works and forward at some of his later ones.

Primary Texts (In Order of Reading) 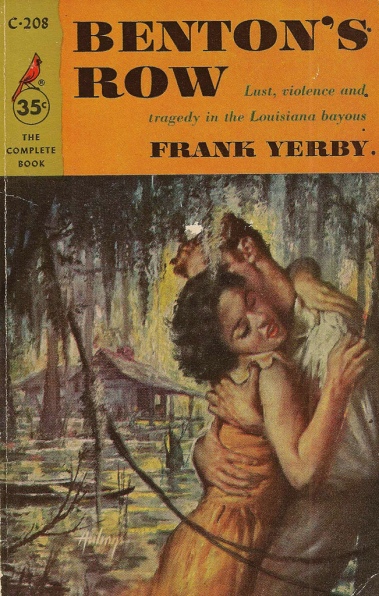 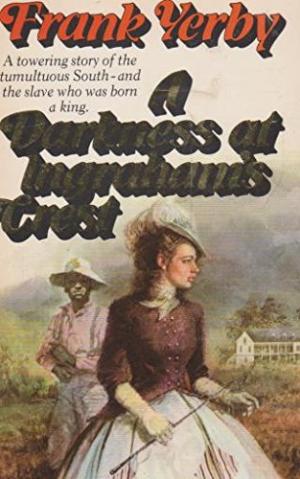 ← “Introduction to Modernism: Modernism and Ernest J. Gaines” Syllabus
Off to Norway! →

1 Comment on ““The Prince of Pulpsters” or “Debunker of Myths”: Frank Yerby Syllabus”