Erin Salius’s Article on "The Autobiography of Miss Jane Pittman" 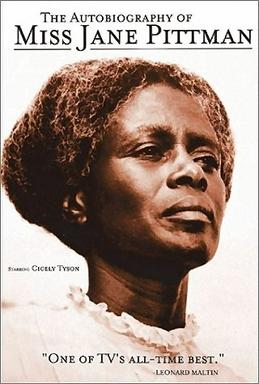 At the first ever Ernest J. Gaines Society panel last May, Erin Salius presented “Rethinking Historical Realism in The Autobiography of Miss Jane Pittman.” Recently, the essay, in its entirety, appeared in the Summer 2015 issue of Callaloo. Today, I would just like to briefly discuss Salius’s “Rethinking Historical Realism: Catholicism and Spirit Possession in Ernest J. Gaines’s The Autobiography of Miss Jane Pittman.” Salius’s article reclassifies Gaines’s novel, not just as “realistic” fiction but as an important precursor to more postmodern neo-slave narratives such as Reed’s Flight to Canada or Butler’s Kindred. For Salius, this turn from realistic to postmodern, where history collapses on itself forming a sort of layering, occurs because of the incorporation of Catholicism in Jane’s narrative. Salius proposes that “it is the Catholic orientation of the Creoles that makes them particularly well suited to this kind of narrative disruption, given that Jane—a Protestant convert—perceives Catholicism as inherently irrational. Gaines thus utilizes the theological distinctions between Catholicism and Protestantism (something about which he would have been highly informed, because of his theological training in both religions) to exceed the limits of realist historiography” (665). In the above quote, I would note that Creoles refers to members of the community like Jules Reynard, not to Mary Agnes LeFabre or the residents of Creole Place.

Historically framing her argument, Salius highlights the tensions within the community in regards to Catholicism and Protestantism. Going back to the mid-1800s, the Les Cenelles poets brings to light the complicity of Catholicism in regards to the placage system in Louisiana. While the Church worked to provide “refuge and spiritual support for” gens de couleur libres, it also looked away from “the moral depravity of the system” of placage which left the gens de coleur libres in a liminal existence. While the progeny of the unions between wealthy colonists and light-skinned women of color existed in a sort of middle “caste” in Louisiana society, they also benefitted greatly from the system, allowing them to become wealthy and insular. Creole Place, Mary Agnes’s home, serves as a perfect example of this. The quarderning off of the community from both the black and white worlds led, as Jane says, to many of the “Catholics and mulattos” not partaking in social activism in order to maintain their positions in society.
To highlight the Catholic influence, Salius focuses on the relationship between Mary Agnes and Tee Bob Samson, commenting that the section disrupts Jane’s narrative because the narration does not typically come from her in this part of the novel. As she says, “Regarding the portion of the text devoted to Mary Agnes, and the description of her relationship with Tee Bob, though, the narrative disruptions are so concentrated and so pronounced that the speaker’s identity remains indeterminate throughout” (670). These “disruptions” occur because Jane hears the information regarding Tee Bob and Mary Agnes second hand, from people in the Quarters and from people in the Samson house. Ultimately, the narrative disruptions cause an overlapping of history that sees Tee Bob becoming “possessed,” and it sees Tee Bob and Mary Agnes becoming the embodiment of their ancestors when Tee Bob tries to force himself on her.
What becomes important here is that Jane allows Jules, a Catholic, to speak about what happens and to have the final word on the events. Jules bases his knowledge of the events on the past and on who ultimately tells the story. It is worth quoting Salius at length here. Within this quote, she cites Madhu Dubey as well:

The knowledge that Jules proffers is, then, subjective and corporeal in the sense that it comes not from anything written or spoken about the past, but rather from his affective experience of it. This way of accessing history thus conforms to the “deliberately anti-historiographic method” that Dubey correlates with “the postmodern turn” in neo-slave narratives, because it prioritizes a “structure of feeling” over “secular rationality” as the means by which to “learn the truth.” Relying on his imagination rather than objective facts to convey what has occurred, Jules’s testimony “violates the realist protocols of history by . . . narrating a type of event—belonging to the order of the sacred or miraculous—that is typically excluded from the purview of historical evidence” (Dubey 785).

No one saw what happened between Mary Agnes and Tee Bob in Jane’s house, so the facts of the event are only left up to speculation, as Jane notes. Jules’s thoughts regarding what occured stem from the “rules” that he, and Tee Bob, inherited from the past. He did not have to be in the room to suspect what Tee Bob thought. For me, I would argue that Jules’s “speculations” fall short because Tee Bob doesn’t start to see Mary Agnes as nothing more than an object until Jimmy Caya tells him to take her anywhere.
There is much more to Salius’s article than I can explicate here. I just wanted to point out a couple of items that I found particularly interesting. What are your thoughts on the novel being more than a “realist” novel? Let me know in the comments below.
Salius, Erin Michael. “Rethinking Historical Realism: Catholicism and Spirit Possession in Ernest J. Gaines’s The Autobiography of Miss Jane Pittman.” Callaloo 38.3 (Summer 2015): 664-678. Print.