Interracial Relationships and Children in "Of Love and Dust"

If Sydney Bonbon found Marcus and Louise engaged in sexual activity, Aunt Margaret thought about what she would tell the Cajun overseer on Hebert Plantation. She knows that she would not be scared; instead, she would stand her ground and tell him, “I was doing it for your child [Tite]. If you want kill me for protecting your child, then go right on and kill me” (205). Later, as James, Bishop, and Aunt Margaret speak about the situation between Marcus and Louise, James thinks, “If [Aunt Margaret] could save Tite out of all of this madness, she would be satisfied” (219).

Aunt Margaret’s relationship to Tite, and especially her comments, have always made me pause when reading Ernest J. Gaines’s Of Love and Dust (1967). She fears that Marcus will upset the “balanced” dynamic of the community and cause problems for those he leaves behind in the quarters, but she also feels distress for her white charge, Tite. Thinking about this more, I could not help but reflect upon Kara Holloway’s discussion of interracial marriage contracts in Legal Fictions (2014). Before discussing Loving v. Virginia, the monumental Supreme Court case that overruled state rules against interracial marriage, Holloway speaks about a 2009 case in Tangipahoa Parish. In the case, Judge Keith Bardwell (justice of the peace) refused to grant a marriage license to an interracial couple. Bardwell’s decision centered on his fear for the children that would result from the marriage. In an AP article, Bardwell stated, “There is a problem with both groups [white and black] accepting a child from such a marriage . . . I think those children suffer and I won’t help put them through it” (qtd. in Holloway 91). Like Aunt Margaret, who feared for Tite’s existence on the run as the child of an interracial couple, Bardwell couches his subconscious fears not in the present but in the future. 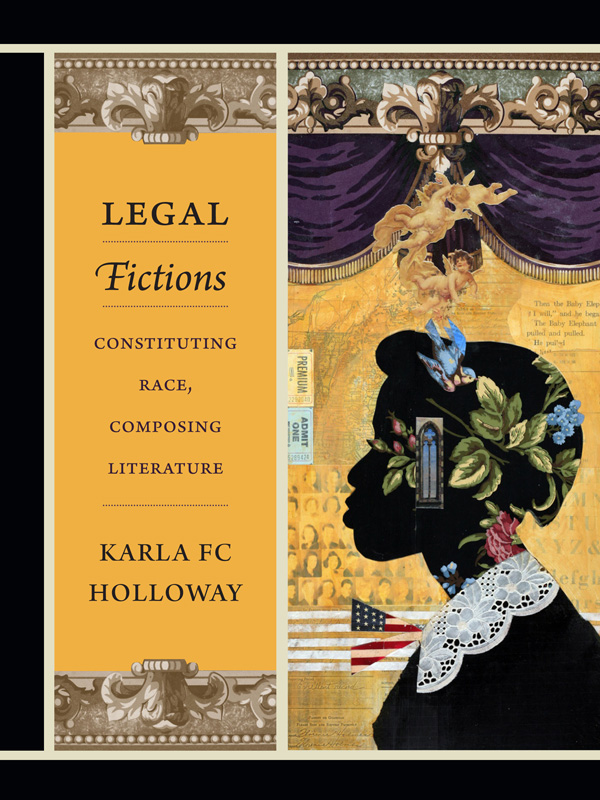 Perhaps what most interests me here is that the same argument that Bardwell puts forth occurred with the defense in Loving v. Virginia. (It must be noted that this case, while beginning earlier, took place in the same year that Of Love and Dust appeared.) R.D. McIlwaine, in the state’s defense, spoke of the family as “the structural element of society,” and that the idea of interracial marriage “stands on the same footing as polygamous marriage [and] incestuous marriage” in the state’s mind (qtd. in Holloway 91). He goes on to argue that the rather than being referred to as children of an interracial relationship, the offspring become “the victims of intermarried parents, and the martyrs of intermarried parents” (qtd. in Holloway 91). Here, thirty two years before Bardwell, the same argument exists. The racism and discrimination becomes couched in the trying to protect the unborn child. Holloway argues that this method perpetuates whiteness and as well, in Bardwell’s case, ignore legal precedent.
With all of this being said, I am not saying that Aunt Margaret does not truly care for Tite; however, at various points, her and Bishop also express a fear that Marcus’s actions will disrupt the nature of the plantation, and they do not want to go through that change. This thought mirrors those of Frank Laurent, the white plantation owner in Gaines’s “Bloodline” as well. People fear change, no matter how that change may affect their existence. At the end of the novel, James embraces the change while Margaret remains behind to presumably finish out her days on Marshall’s Plantation.
Thinking about the children, how do they fair in Gaines’s novel? From the very beginning, Marcus’s interactions with Tite differ from the way that Bonbon interacts with his own daughter and the way he interacts with his sons that he has with Pauline. Marcus lets Tite help him clean the yard, and after Louise and him decide to leave the South, he tells Marshall that they need  money to help pay for Tite’s medical needs. Marcus asks Marshall about money, and he continues by stating, “That little kid is sick; we’ll need little something to get started with after we get up there” (237). Marcus cares for Tite, and he shows more intimacy with the young girl throughout the novel than we see from Bonbon.
With his own sons, Bonbon doesn’t show any intimacy either. Billy and Willy are the product of Bonbon’s relationship with Pauline. He does not recognize them as his children, even though everyone in the quarters knows that they are his. They even have a teacher run off the plantation when one of the boys said he was going to tell Bonbon about an incident at school. Why doesn’t Bonbon interact with his sons? Is this a representation of what McIlwaine and Bardwell both argued? Bonbon brings his sons gifts when he comes to “visit” Pauline, but they never call him “papa” or “daddy.” Instead, they exist in a space that has no familial markers.
What effects does this relationship have on Billy and Willy? They raise hell all throughout the quarters, shooting chickens with BB guns and getting into all sorts of mischief; however, no one corrects them because they know who their father is. There existence mirrors that of Timmy, the son of Robert Samson and brother to Tee Bob, in The Autobiography of Miss Jane Pittman (1971). However, unlike the twins, Timmy has to leave the plantation when he gets into a fight with the overseer. It can be assumed, based on the twins’ actions at such a young age, that they may experience something similar, but we do not see it.
If it was socially and legally acceptable for Bonbon to marry Pauline, would he acknowledge the children? I would say yes because throughout the novel he shows his love and devotion for Pauline and the children in various ways. Would Marcus prove to be a good step-father for Tite? Again, his interactions with the girl shows that he cares and would love her as he does Louise. However, the law would not allow such relationships because of the fact that the children would suffer. But, would they?
The argument to “think about the children” has become a rhetorical tool to take the argument away from the initial point. For classes, possibly have students have think about this argument and how it gets deployed. When I think about it, I always imagine Helen Lovejoy from The Simpsons as she argues for laws to protect the town from bears wandering through the streets and the deportation of immigrants in “Much Apu About Nothing.”
There is a lot to digest here, I know. What are your thoughts regarding this discussion? As usual, let me know in the comments below.
Gaines, Ernest J. Of Love and Dust. New York: W.W. Norton & Company, 1979.