As I reread Richard Wright’s “Long Black Song” from Uncle Tom’s Children (1938), I again thought about the role of music in Wright’s work. I have written about this before in relation to the epigraph for Wright’s collection and in relation to the song that appears in “Big Boy Leaves Home.” Today, I want to briefly look at the way that the hymn “When the Roll is Called Up Yonder” plays into the interactions between Sarah and the white gramophone salesman who accosts her in her own house.

During this reading of “Long Black Song,” I caught myself questioning he exact nature of the encounter between Sarah and the salesman. When I initially read the story, I clearly saw the salesman raping Sarah and then Silas becoming angry because the man defiled his wife and his space, and this is partly what Silas took his anger out on his wife. However, upon this most recent reading, I do not know if the man raped Sarah or if she willingly engaged in consensual sex with him to fulfill her desires.

Trudier Harris makes a compelling case that the act is, indeed, consensual. She notes Sarah’s thoughts about her former beau Tom at the beginning of the story and the daydreams she has about him. She notes the repetitive “Bang! Bang! Bang!” of Ruby hitting the broken clock as an auditory corollary to the sexual act. This phrasing concludes the first section of the story where Sarah “rode on the curve of white bright days and dark black nights” (137). While this and other evidence points to the act as Sarah releasing her pent up desire, the most notable support comes in the form of Sarah switching how she refers to the salesman, specifically in the scene where he plays “When the Roll is Called Up Yonder” on the gramophone. 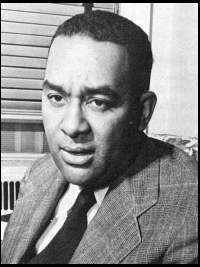 Before the man grabs her at the well (a location that has biblical connotations), Sarah repeatedly refers to the salesman as a “boy.” Harris argues that she does this as an “excuse [for] what she is feeling and what she may have an inkling will occur shortly.” Harris argues that this move works to “render the white man harmless even when he makes unwanted moves against her person” later in the story. When he does grab her, she thinks, “But he’s a white man. A white man”(135). At this moment, she stops referring to him as a boy. Right before this scene at the well where Sarah does obviously struggle, the salesman seduces her with the music coming from the gramophone.

Immediately before he starts the song, Sarah thinks to herself, “The white man was just like a little boy. Just lika chile” (132). He grinds the handle then tell her to listen. Here, interspersed between lines from the hymn, Sarah experiences a sensual sensations as she listens to the music emanating from the box. It is worth quoting this scene at length to see the interplay at work here.

There was a sharp, scratching noise; then she moved nervously, her body caught in the ringing coils of music.

When the trumpet of the Lord shall sound . . .
She rose on circling wave of white bright days and dark black nights.
. . . and time shall be no more . . .
Earth fell far behind, forgotten.
. . . eternal, bright and fair . . .
Echo after echo sounded.
When the saved of the earth shall gather . . .
Her blood surged like the long gladness of summer.
. . . over on the other shore . . .
Her blood ebbed like the deep dream of sleep in winter.
And when the roll is called up yonder . . .
She gave up, holding her breath.
I’ll be there . . .

A lump filled her throat. She leaned her back against a post, trembling, feeling the rise and fall of days and nights, of summer and winter; surging, ebbing, leaping about her, far out over the fields to where earth and sky lay folded in darkness. (132-133)

Here, the music essentially arouses the dormant desires that Sarah thinks about in the beginning of the story into what could only be described as ecstasy. When the song starts, she becomes “nervous” and caught up in the experience, rising and forgetting reality. Her blood races up and down and as the song concludes, she holds her breath as if struggling to keep her pent up passion deep inside her. However, she trembles as the notes fade away and must steady herself against the post.

After she puts Ruth down, Sarah returns to the man and looks “at the shadowy box that had lifted her up and carried her away” as if seducing her away from her life with Silas (133). She returns to reality and looks upon the salesman noting, “Hes jus lika lil boy” (133).

At the well, the man grabs her breast, and Sarah tries to ignore it. After she gives him water, he drinks it and the narrator likens the act to music: “She heard him drink; it was the faint, soft music of water going down a dry throat, the music of water in a silent night” (135). The comparison of the man drinking water to music, so close to the previous scene, links the man and the song together. It is at this point that the man grabs her and her thoughts switch from thinking about him as boy to thinking about his as a “white man.”

It must be noted that I do still see the salesman act as violating Sarah, and I am more prone to viewing it as rape rather than consensual. However, we must not ignore the evidence that points to a possible consensual liaison. Even with this reading, though, I would caution against the idea that Sarah wanted the sex to occur with the man throughout the story. I see this more as a seduction, one that Sarah falls for based on the music and her previous thoughts about Tom. In a way, this would also fall under the realm of coerced sexual congress rather than consensual.