The Cyclic Nature of Louise Erdrich’s “The Red Convertible” 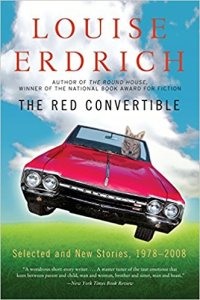 This semester, I finally taught Louise Erdrich’s “The Red Convertible.” As we talked about the story in class, I pointed the class towards the opening paragraph, and as I did, I began to ponder the first few lines and how they work to set up and foreshadow the action in the story. This, of course, is nothing unusual, but the way that Erdrich deploys the first paragraph creates a sort of cyclic movement that joins the opening with the conclusion, thus making the story somewhat of a continuous loop. Today, I want to focus on the opening paragraph and parse it out, discussing the ways it works to begin, and continue, the loop that the story constructs.

Told from Lyman’s point of the view, “The Red Convertible” centers around the relation between two Chippewa brothers, Lyman and his older brother Henry. The brothers buy a red convertible together, and they travel to Alaska before Henry gets called to serve in the Vietnam War. Upon his return from Vietnam, Henry appears to suffer from PTSD. The relationship between the brothers fractures, and Lyman tries everything he can think of to hopefully mend the circuits that connected them together. Eventually, Henry drowns in the river (either by suicide or accident) and Lyman pushes the red convertible into the water after his brother.

Lyman begins the story by relating how he and his brother jointly bought the red convertible and how Henry came to own the car on his own. The first paragraph reads:

I was the first one to drive a convertible on my reservation. And of course, it was red, a red Olds. I owned that car along with my brother Henry Junior. We owned it together until his boots filled with water on a windy night and he bought out my share. Now Henry owns the whole car, and his younger brother Lyman (that’s myself), Lyman walks everywhere he goes. (emphasis added)

There is a lot going on in these first five sentences, and we need to peel back the layers to see how Erdrich uses these first few lines to set up what will eventually occur as the story progresses.

To begin with, we need to note that Lyman and Henry live on a reservation in North Dakota (the state comes in later). We notice too that the first line does not mention Henry; rather, it only uses “I,” in reference to Lyman. Lyman drives the car on the reservation, not Henry. Even when it comes to ownership, the list begins with “I.” It does not become apparent that both brothers own the car until the fourth sentence. Then, we know that they own it together, and, of course, the ownership switches in the final sentences.

Some form of the word “own” appears three times in this paragraph. Why? If we consider the setting, and the characters, we need to think about this in regards to the history of the ways the United States has treated Native Americans. I have written about this before, and there is not space to go into this history here, but within this context, Lyman and Henry actually made money and bought a car that they own outright, in essence working towards some ideal of the American Dream and assimilation.

As well, notice that the ownership moves from “I” to “we” to “Henry.” This progression shows us how the story progresses as well. It begins with Lyman talking about how he raised the money to even afford his half of the car. The next section chronicles Henry and Lyman buying the car and travelling to Alaska with Susy then back to North Dakota. The final section focuses on the rift that occurs between the brothers after Henry returns from the war and the ways that Lyman tries to mend that rift. 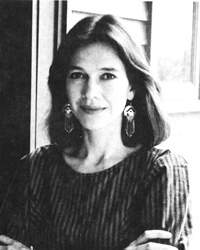 Along with this progression, we need to focus on the final two lines of the opening paragraph. In the penultimate line, Lyman states, “We owned it together until his boots filled with water on a windy night and he bought out my share.” This sentence contains more than just ownership. It shows a connection and relationship between the brothers with the use of the first person plural pronoun “we,” and it also foreshadows the ending when Henry says, as he is in the river, “My boots are filling” right before he drowns. This line also carries another meaning that we need to keep in mind.

In the military, soldiers must learn how to swim with their boots on, thus their boots fill with water. With this connotation, we can take the phrase in the first paragraph to refer to Henry going into the military, thus his boots fill with water during training. In this way, the connection between Henry’s experiences in Vietnam and his relationship with Lyman when he returns gets foreshadowed through the breaking of the “we” into “Henry” which starts the final sentence.

In the final sentence, Lyman eschews referring to himself in the first person. Instead, he switches to third person: “Now Henry owns the whole car, and his younger brother Lyman (that’s myself), Lyman walks everywhere he goes.” This shift works to show the disconnect that will occur between the brothers when Henry returns. It also works to show that Henry, not Lyman, will “own” the car at the end of the story because Lyman pushes the car into the water after his brother.

Along with the foreshadowing, we need to remember that Lyman tells the story in past tense, thus endlessly looping the narrative back upon itself. I’ve written about this some before with the way Grant Wiggins narrates the story in Ernest J. Gaines’ A Lesson Before Dying. Through this method, we get an event that occurred in the past and a narrator who mediates the same story through his experiences both before and after the event. Thus, we must consider Lyman’s opening statements in relation to the end when the convertible’s lights search for Henry underneath the water before they short out.

← Preaching in the Wilderness: John Marrant and John the Baptist
“Why can’t we just move on? The past is the past.” →