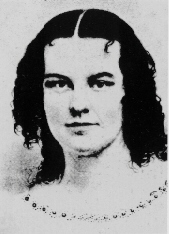 In Bits of Gossip (1904), Rebecca Harding Davis tells about a dinner she had with Emerson, Hawthorne, Alcott, and others. Of the dinner conversation, she writes, “You heard much sound philosophy and many sublime guesses at the eternal verities; in fact, never were the eternal verities so discussed and pawed over and turned inside out as they were about that time, in Boston, by Margaret Fuller and her successors” (36). Even with this in depth conversation of “sound philosophy,” Davis notes that the ideas do not have any meat; instead, “[t]heir theories were like beautiful bubbles blown from a child’s pipe, floating overhead, with queer reflections on them of sky and earth and human beings, all in a glow of fairy color and all a little distorted” (36). For all of the Transcendentalist’s bold ideas that sought to seek truth, Davis viewed them as nothing more than “beautiful bubbles,” outwardly pretty but lacking any true substance.

Thinking about Davis’s claim, I want to look at a few of the ways that Davis’ Life in the Iron Mills (1861) and Herman Melville’s Bartleby, the Scrivener (1853) present challenges to the philosophies that Emerson proposed in Nature (1836) and Henry David Thoreau posited in Civil Disobedience (1849). By looking at the ways that Davis and Melville challenge Transcendentalist ideas, we help students see that authors continually participate in discursive conversations.

Davis’ Life in the Iron Mills tells the story of Hugh Wolfe and his cousin Deb as they work in an iron mill in Virginia in the 1830s. The story shows class distinctions and the effects of industrialization on individuality and identity. Along with all of this, Davis’ novella comments on the lofty ideas of Emerson who argues that we can become “part and parcel” of God through observing and communing with nature. Davis challenges this through Deb and Hugh because they do not have the time or the luxury to actually commune with nature because they must continually work in the mill in order to actually survive. 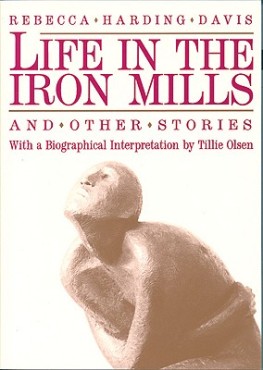 As Deb goes to the mill to bring Hugh his dinner. the anonymous narrator describes her approach to the devilish structure: “Perhaps, if she had possessed an artist’s eye, the picturesque oddity of the scene might have made her stagger less, and the path seem shorter; but to her the mills were only ‘summat deilish’ to look at by night” (1211). Emerson claims that “useful arts are but reproductions or new combinations by the wit of man, of the same natural benefactors” that Nature provides; thus, we should see beauty and necessity in the commodities that arise from Nature (596). In this way, Deb should see something to delight her senses in the view of the mills; however, she doesn’t because the mill represents a tedious, repetitive life that does not allow her to experience the natural world and commune with a greater spirit.

Likewise, even though Hugh creates sculptures of korl, he cannot experience his true potential because of his work within the mills. When describing Hugh to us, the narrator states that his purpose has not arisen because industrialization and capitalism has repeatedly suppressed it: “There is no hope that [the job] will ever end. Think that God put into this man’s soul a fierce thirst for beauty,–to know it, to create it; to be–something, he know not what,–other than he is” (1214). At times, the sun shines through the gloomy clouds of Hugh’s life to “rouse him to a passion of pain” in the face of his life (1214). Unlike Emerson’s poet, Hugh does not have the luxury to commune with nature and let his artistic genius emerge in the service of beauty.

For Emerson, art exists to present the universal truth to the world, and while that truth exists as beauty, Davis argues that it comes in other forms as well. Emerson argues, “The poet, the painter, the sculptor, the musician, the architect seek each [object] to concentrate this radiance of the world on one point, and each in his several work to satisfy the love of beauty which stimulates him to produce. This is Art, a nature passed through the alembic of man” (601). Here, and throughout Nature, Emerson presents Art as beauty, not something grotesque.

While Hugh does not have the ability to spend time in nature and thus hear the spiritual lessons nature provides, he does create art that corresponds to Emerson, just not in regards to “beauty.” Art arises out of experience and life, and that is how Hugh creates the sculpture of the korl woman, a sculpture devoid of “beauty or grace” (1217). While it may be devoid of these aspects, the sculpture relates Hugh’s experiences and existence, embodying a sublime form that highlights the struggles that Hugh, Deb, and others endure as they work within the mills.

The creation of art is one thing, and the appreciation (taste) is another. Emerson claims that the “love of beauty  is Taste [and] [t]he creation of beauty is Art” (601). Kirby, the son of he mill’s owner, sees the workers who toil away in the mills as nothing more than cogs who could be disposed of at a moment’s notice. In fact, he cares for nothing more that the bottom line and could care less if they create sculptures or fight one another to the death. He tells the Doctor, “If I had the making of men, these men who do the lowest part of the world’s work should be machines,–nothing more,–hands. It would be kindness. God help them! What are taste, reason, to creatures who must live as that?” (1219) For Kirby, Hugh and Deb do not deserve to even experience beauty and create their own views on taste; rather, they must endlessly work in order to merely survive and maintain. This view of Hugh and others as mere machinery echos Thoreau.

Next post, I will delve into Melville’s Bartleby as an example of Thoreau’s Civil Disobedience. What are your thoughts? As usual, let me know in the comments below.

← The Media and Teaching Students how to Evaluate Sources Post-Election
Herman Melville’s Bartleby and Civil Disobedience? →