Why We Teach: Literature and the Presidential Election 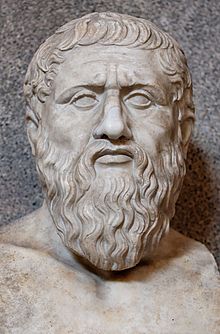 In the Republic, Plato famously claims that there is a longstanding quarrel between philosophy and poetry, even stating that poets are nothing more than imitators and cannot relate truth to their audience, thus perverting them: “the tragic poet is an imitator, and therefore, like all other imitators, he is thrice removed from the king and from the truth.” Ralph Waldo Emerson, in Nature (1836), would differ with Plato on the differences between the philosopher and the poet. For Emerson, the two work in tandem: “The true philosopher and the true poet are one, and a beauty, which is truth, and a truth, which is beauty, is the aim of both” (615).

After the election last Tuesday, various poems have gone viral on the Internet. Megan Garber interviewed Don Share about this, and the editor of Poetry magazine, and when asked about why poetry resonates after last Tuesday, Share said,

This “prophetic” aspect of poets extends beyond poetry to function in other forms of writing as well. Thinking about this, it is important for us, as teachers, to show our students that literature, no matter what the time period, matters because what we read speaks to our experiences and what we encounter on a daily basis.

Sometimes, these links, and the conversation, gets lost on students. They may not understand how someone like Phillis Wheatley or even someone like Emerson speaks to them today. They may not see the ways John Winthrop’s Model of Christian Charity continues to impact our political discourse or how Benjamin Franklin had a hand in what we have come to call the American Dream. These continued resonances have sustained impacts on our current social milieu, and we need to help students see that we have not gotten to the position we are in by accident.

While strides have been made to heal the wounds of our past, those wounds have never truly healed, as the past week has shown us. They have merely scabbed over, remaining there until we pick at them, causing them to bleed all over again. That is why it is important to read literature (poetry, novels, short stories, nonfiction, etc.). The canaries in the coal mine, throughout our history, have shown us the warning signs, and they continue to do so. We need to help our students become vigilant of these alarm bells and help them understand how to confront them.

Ultimately, we need to expose students to multiple voices in the classroom, and beyond. If we fail to do this, they will remain in their hermetic bubble, maintaining an insular mindset that only perpetuates their previously held beliefs. I am not saying that we will change their minds about the issues that afflict our society. I am merely saying that we need to present them with various perspectives so they can, hopefully, see the ways that what continues to ail us can be confronted. That confrontation starts in the mind. Until the mind shifts, the body will continue down its path of destruction.

Speaking with Marcia Gaudet and Carl Wooton in 1986, Ernest J. Gaines told them who he writes for: “I write for the black youth of the South. And if there were two groups, I’d say I write for the black and white youth of the South. Those are the people I would write for” (215). For the “black youth,” he writes to show them that they are somebody, and for the white youth, he writes so that they can understand themselves and their neighbors. He finished by saying, “So that’s what I’d want: the white kids to understand what the black kid is, and the black kid to understand who he is” (216).

We could substitute “black” and “white” with any racial, ethnic, or gender. Gaines’ words sum up why literature is important. It is important because writing provides a lens to reality. It presents “truth” to us by allowing us to see ourselves and others as part of a universal humanity. However, in order to experience this, there must be diversity in what we read and teach. We need to remember that authors like Gaines, Jacqueline Woodson, and others started to write because they did not see themselves in the books that they read in school and from the library.

Without diversity in what we present our students, they will remain isolated from one another because they will receive a myopic view of the world. Some will maintain their perspective, and others will feel belittled because they do not see themselves represented in the literature being studied. With the diversity, students will have the opportunity to see the world for someone else’s point of view, causing them to hopefully evaluate their position in the world and how they can help their fellow peers. By providing diversity in our literature, we show students who may not have seen themselves represented in literature before that they, and their stories, matter.

For me, literature shows us the world. It shows us the universal nature of humanity, that we are all one, working, eating, sleeping, living on this revolving rock we call Earth. We are all hurtling through space together. James Baldwin said it best when he wrote, “You think your pain and heartbreak are unprecedented in the history of the world, but then you read. It was books that taught me that the things that tormented me were the very things that connected me with all the people who were alive, or who had ever been alive.”

I share all of this to say that our jobs as teachers in the liberal arts have always been important. We strive to provide students varying points of view and to teach them to think critically about the world around them. Sometimes this can be a struggle, and after reading countless accounts from friends and others about the ways that some students have responded to the events of last week, I feel that we must continue to teach students to value other perspectives and to think critically.

I want to conclude with a post from a friend on Facebook. Last week, this is what happened to her in a college classroom.

What are your thoughts? As usual, let me know in the comments below.

← Are We Just a Number? Henry David Thoreau and W.H. Auden
The Media and Teaching Students how to Evaluate Sources Post-Election →