Back in August 2015, I started Interminable Rambling as a space for me to write about, and reflect upon, topics I was teaching, my pedagogical practices, my research, and my thoughts about popular culture. Since that first post in 2015, I have published 235 posts (two a week) for the past two and a half years. The experience of maintaining this blog has helped me grow as a writer, and it has also provided me with the opportunity to connect with individuals across the nation and the world. It has led me guest posts at Ben Railton’s American Studies site and Pedagogy and American Literary Studies, and it has led me to becoming a regular contributor at Black Perspectives and Teaching United States History.

Today, I want to take a moment and reflect upon some of my favorite posts from this year. Some of these posts carried over to multiple entries, so I may present two to three posts in one entry. Some, as well, may not have received the most views on my site. For example, my post on the stuffed lion in Jordan Peele’s Get Out has had the most views this year; however, it is not one of my favorite posts this year because I think so much more needs to be done on that topic. Ultimately, my favorite posts are ones that I keep coming back to again and again to read and reread, learning and thinking about new things each time I return to them. With that in mind, these are my five favorite posts from this past year. 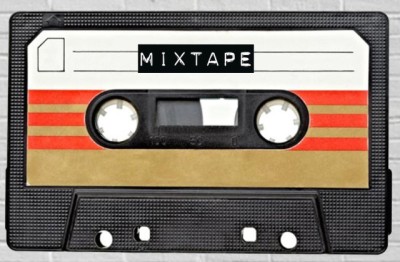 1. Soundtrack Assignment in the Literature Classroom

Every semester, I attempt new assignments in my classroom. Sometimes the results are positive. Other times, not so much. Even if the assignment does succeed, it probably warrants some tweaking here and there. Occasionally, though, the assignment works pretty well the first time around. The soundtrack assignment was one of those instances. On Facebook, I saw a friend post an assignment she was incorporating into her class where students had to create a mixtape to represent the South. After looking at her assignment, I decided to do something similar in my course. While reading Solomon Northup’s Twelve Years a Slave, I had students, in groups of three, construct a playlist for the narrative. They had to come up with five songs and discuss how the songs they chose related to Northup’s narrative. The results were really amazing, and I ended up creating a Spotify playlist with the songs they chose. The post I wrote details the assignment and provides a couple of examples of the songs students chose. This assignment could be tailored to fit any literature, composition, or history course. If you use it, I would love to hear how it turns out. 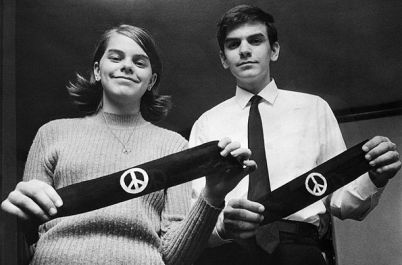 This semester, I took a class on higher education law. I had always heard about Tinker v. Des Moines and other cases, but I had never read them or actually studied them in detail. This course forced me to think about not just Tinker but other cases as well. After the debates surrounding NFL player’s kneeling during the national anthem erupted, some high schools decided to put policies in place to keep their students from protesting the anthem. One such school was Parkway High School in the city where I grew up. Rather than focus on the merits of the protests (which I have done before), I decided to focus on the legality of Parkway’s policy that students who did not stand “respectfully” for the anthem would endure repercussions. As such, I centered the post on examining Tinker in light of Parkway’s policies. Doing this, and taking the course, has led me to consider using court cases in my composition courses as well since we focus on education as our course topic. I plan to do this some next semester, so I will write a post next year about how that process goes.

While I have been reading and writing about comics and graphic novels for the past couple of years, this past year I have really started to read, in depth, comics such as Black Panther. Of the multiple posts I have written about the various runs of Black Panther, I am perhaps most excited about my posts on Everett K. Ross, the “Emperor of Useless White Boys,” because Christopher’s Priest’s character provides a fascinating examination of readership and reception. Ross exists as a stand in for white comic book readers, and the ways that he refers to and treats T’Challa oozes with stereotypical views of the Wakandan king. Perhaps most interesting, though, is the way that Ross serves as a critique of the stereotypes perpetuated by popular culture, specifically the films of Quentin Tarantino. The reader positioning is something I’m planning to explore some more, across the multiple appearances and runs of Black Panther, in the near future. So, make sure to stay tuned. 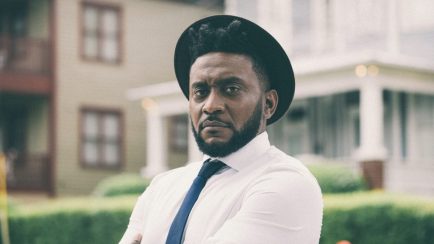 4. The Black Intellectual Tradition and Hip-Hop

This post, which arose partly out of my early American literature courses, explores the ways that artists such as Sho Baraka, Brother Ali, and Propaganda provide a connection to the Black intellectual tradition through their music and lyrics. All three artists, in all of their works, shine a light on the hypocrisies embedded within our national history. They also highlight the accomplishments and endurance of individuals who existed, and continue to exist, underneath the oppressive strictures that seek to maintain the power of some while subjugating others underneath their feet. We must know where we come from and how that past influences our present to know what we need to do to create a future for all. Sho Baraka, Propaganda, and Brother Ali all point to the past to inform the present and the future, and each provides a voice that we must listen to in order to understand why we are where we are today. 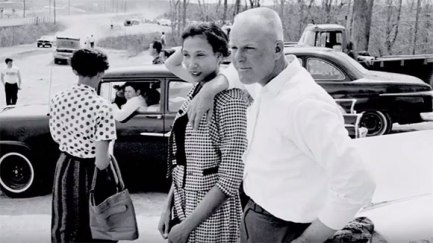 Every year, I post multiple syllabi on my blog. Whenever I come up with an idea for a possible course, I construct a syllabus for it and post it on the. For this entry, I want to highlight the syllabi that I constructed this year. The Loving syllabus arose, in part, out of AAIHS post, “Interracial Intimacy and Film as Social Commentary,” and from my recent thoughts about texts that appeared around the decision in the 1960s and 1970s. “African American Literature and the American South” arose out of my current research in African American literature and specifically on Frank Yerby. Within the syllabus, I wanted to take it in a more CircumCaribbean direction, but that did not happen. To do this, I would add texts by authors such as Jamaica Kincaid and Derek Walcott, amongst others. The final syllabus, “African American Literature and the American Dream,” arose out of continued discussions I have in my literature courses on definitions of American Dream and its accessibility. What I like about the syllabus is the fact it was crowdsourced, and I received some excellent ideas for texts to incorporate into the class. In the upcoming year, look for more syllabi. Right now, I’m thinking about a comics syllabus and an African American literature and war syllabus.

Again, the posts above do not fully encompass all that has appeared on Interminable Rambling this past year. What was your favorite post(s)? Let me know in the comments below, and make sure to follow me on Twitter at @silaslapham.