Freedom and Restrictions in Lyle Saxon’s Description of Mardi Gras 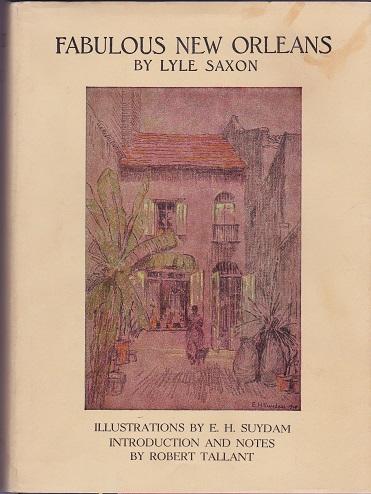 Freedom and Restrictions in Lyle Saxon’s Description of Mardi Gras

Recently, I posted on Robert H. deCoy’s description of Mardi Gras in The Nigger Bible (1967). In that post, I discussed the carnivalesque of the Mardi Gras season and the inversion of reality. With that inversion though, comes the realization that things will return to normal once the carnival season ends and the season of Lent begins with Ash Wednesday. deCoy describes the effects … Read More Freedom and Restrictions in Lyle Saxon’s Description of Mardi Gras

Toni Morrison, in a 1998 US News and World Report article, called James Wilcox’s Modern Baptists (1983) one of her three “favorite works by unsung writers.” This, of course, is high praise coming from such a luminary in American letters, and one read through Wilcox’s novel will more than live up to Morrison’s claim. Last week, I reread Wilcox’s first novel in preparation for … Read More James Wilcox’s "Modern Baptists": Bobby Pickens, Ignatius Reilly, and Binx Bolling

As I reread Lyle Saxon’s Children of Strangers (1937) for the 2016 NEH Summer Institute “Ernest J. Gaines and the Southern Experience,” I couldn’t help but think about the idea of authenticity and reality when I came to the final section in the book. There, Flossie Smith, Adelaide Randolph’s friend, encounters the fallen Famie as she leaves Easter service with Henry Tyler. Upon first meeting … Read More Photography in Lyle Saxon’s "Children of Strangers" and Alice Walker’s "Everyday Use"