My Five Favorite Posts from 2016

This past year, close to one hundred posts have appeared on Interminable Rambling. With the end of 2016 in our rear-view mirror, I want to take the opportunity to highlight my five favorite posts from last year. You can see my favorite posts from 2015 as well. The posts from 2016 ranged in subject matter from pop culture and music to pedagogical approaches in the composition and literature classrooms. Many of the posts, as well, spanned multiple days, so a couple of the entries below will encompass more than one post. Without further delay, let’s get started.

1. Tumblr Projects in the Literature Classroom

Some of my favorite posts from the past year deal with pedagogy, specifically the incorporation of technology and web 2.0 tools into the classroom. “Tumblr Projects in the Literature Classroom” provides the culmination of these posts because it highlights some of the group projects that students constructed for their assignment in my Early American literature survey course. For the assignment, students had to define a literary term or historical event, find two academic sources, and finally discuss how their term or event related to texts we covered in class. I refrained from giving students too much direction in hopes that they would be creative with their projects, and that leeway worked for some. “Tumblr Projects in the Literature Classroom” presents the assignment requirements, what I did to assist to students, and three videos of student projects. 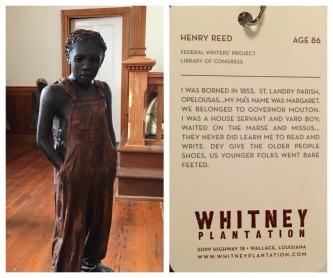 2. My Trip to the Whitney Plantation

Over the past couple of years, on my own blog and on the Ernest J. Gaines Center’s blog, I have written about the Whitney Plantation between Baton Rouge and New Orleans. Rather than focus on the landowner’s history and house, the Whitney illuminates the lives of enslaved individuals. In this way, it reverses the narrative. Last summer, I finally had the opportunity to visit the Whitney, and the experience was sobering. From the outset, you come face-to-face with the atrocities of slavery because the tour does not begin, as many plantation tours do, with the big house. The Whitney tour begins in the Antioch Church. If you have not been to the Whitney, make it a point to go if you’re ever down in South Louisiana. While the Whitney works to counter the narrative of plantation life, I found out about the Shack Up Inn, a place that seeks to cash in on the lives of sharecroppers. Thinking about this space in relation to the Whitney is something that needs to be done. 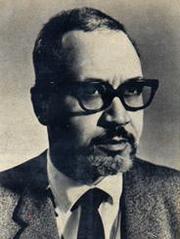 A couple of years ago, I started picking up books by Frank Yerby when I found them at book sales and it used book stores. Critics have maligned Yerby for his lack of confronting racism and segregation in most of his works; however, what these critics fail to do is examine the ways that Yerby, throughout his oeuvre, does subversively tackle these subjects. He did this by exploding Southern myths and by portraying Africa as a land of civilization. This past year, I wrote about The Foxes of Harrow, Gillian, The Dahomean, and A Darkness at Ingraham’s Crest. I would also point you to an extended discussion of how Yerby deconstructs the myth of white, Southern womanhood at Unlikely Stories.

4. Interracial Relationships and Children in Of Love and Dust

Perhaps my favorite novel by Ernest J. Gaines, for various reasons, is 1967’s Of Love and Dust. As I reread the book for last summer’s NEH Summer Institute, I kept thinking about Aunt Margaret’s comments regarding Tite. Her comments echo the statements by RD McIlwaine in the monumental Loving v. Virginia and can be heard in Judge Keith Bardwell’s statements in a 2009 case. In each of these cases, McIlwaine and Bardwell refused to recognize interracial relationships and claimed that the children of such relationships would experience the most problems. I still do not totally know what to make about these statements, but we need to examine the displacement of fears that Bardwell, McIlwaine, and even Aunt Margaret make as they encounter interracial relationships that have the power to upend the current social structure.

5. The Elevator Pitch and the Composition and Literature Classroom

Last year, one one the most exciting “Ah ha!” moments came when I assigned students in a composition course a elevator pitch. This assignment seems simple enough. Students have 60 to 90 seconds to identify a problem, tell us why we should care about the problem, and then provide a solution. While I could have had students do this in front of the class, I chose, instead, to have them write a script and record themselves. Even though students were nervous about the elevator pitch at first, their experiences showed the benefit of having them record themselves. Students said that the exercise made them stop and think about what they were presenting. It also helped them to catch gaps in their argument or logic.

The posts above do not fully encompass all that has appeared on Interminable Rambling this past year. What was your favorite post(s)? Let me know in the comments below.

← History, Sharecropping, and the Shack Up Inn
Nadav Kander’s Portrait of Donald Trump and Visual Analysis →