In the last post, I wrote about the metaphor of the caged bird in Dwayne McDuffie and Denys Cowan’s Hardware #1. The metaphor recurs throughout the series; however, I won’t get into those reoccurrences in this post. Instead, I want to look at the allusions to Ralph Ellison’s Invisible Man that McDuffie and Cowan deploy in Hardware #1. These types of allusions are nothing … Read More Ralph Ellison’s “Invisible Man” and “Hardware” #1

The Caged Bird in “Hardware” #1

Recently on Twitter, Joseph Illidge posted the following about Hardware #1 (1993). He said, “One of the best first issues of a superhero comic book series ever produced in the American Direct Market.” As a fan of Milestone Comics and Hardware, I’d have to agree. I’ve been meaning to write about Hardware #1 for a while, and now is the time, specifically because I … Read More The Caged Bird in “Hardware” #1

Broomhilda and the History of Slavery in “Django Unchained”

Reginald Hudlin’s comic adaptation of Quentin Tarantino’s Django Unchained (2012) contains some scenes that did not make it into the final cut of the film. One of these sequences involves how Broomhilda Von Shaft came to be Calvin Candie’s property. The sequence provides an important narrative plot point in the comic, and it also provides a space for some very important discussions about the … Read More Broomhilda and the History of Slavery in “Django Unchained” 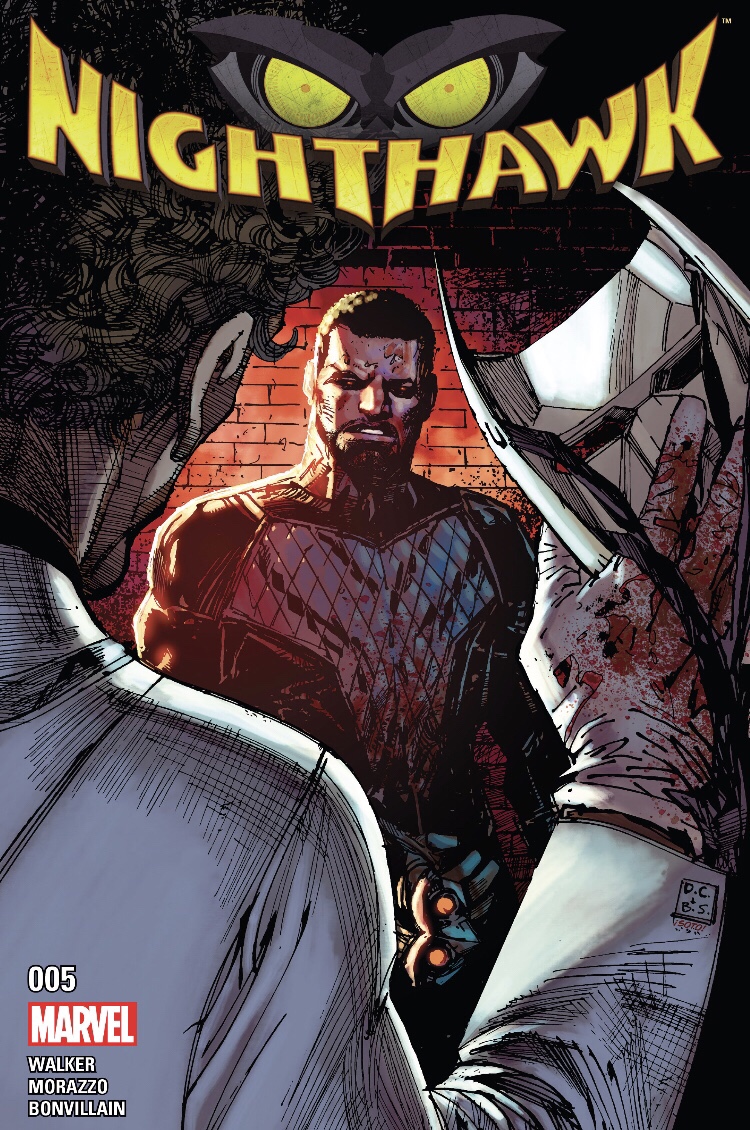 We Must Listen, See, and Act: David F. Walker’s “Nighthawk”

Last post, I wrote about the ways that David F. Walker’s Nighthawk lays bare the tendrils of racism that work at various levels to suffocate and oppress people of color in America. Today, I want to expand some on this and look at how Raymond Kane confronts issues of racism and subjugation. I want to explore, briefly, the moral tensions that Kane encounters as … Read More We Must Listen, See, and Act: David F. Walker’s “Nighthawk”

The Tendrils of Racism in David F. Walker’s “Nighthawk”

Recently, I read David F. Walker’s Nighthawk series “Hate Makes Hate.” This is the first time I had heard of Nighthawk (Raymond Kane), so I do not know much about his backstory except what I have looked up online. Even without that knowledge, Walker’s series can stand on its own because it focuses on current issues that plague our nation today: police brutality, the … Read More The Tendrils of Racism in David F. Walker’s “Nighthawk”